Risen Energy (Australia) will supply solar panels to communities affected by the deadly Australian bushfires, as part of an agreement with pre-fabricated solar technology company, 5B. The announcement follows Risen’s earlier contribution of their 400W Jaegar Plus series panels which assisted in an initial display and test site established by 5B. As part of this initiative, solar and battery solutions will be deployed by 5B in various communities across Australia alongside the Resilient Energy Collective.

Risen Energy (Australia) mentioned that they were eager to partner up with 5B to do their part for this campaign as it is in line with Risen’s intention to become more involved in local Australian communities. This will also increase awareness of the benefits of green energy systems in Australia. General Manager of Risen Energy (Australia), Eric Lee added, ‘we are excited to team up with 5B, a forward-thinking Australian organisation, for this noble cause. 5B’s mission of delivering world-class technology to ensure clean energy is affordable and accessible, ties in with Risen Energy’s vision of a green future’. Mr Lee added that Risen were intrigued by 5B’s pre-built, re-deployable solar array MAVERICK system and felt that Risen’s high technology panels would be well-suited to this innovative system. 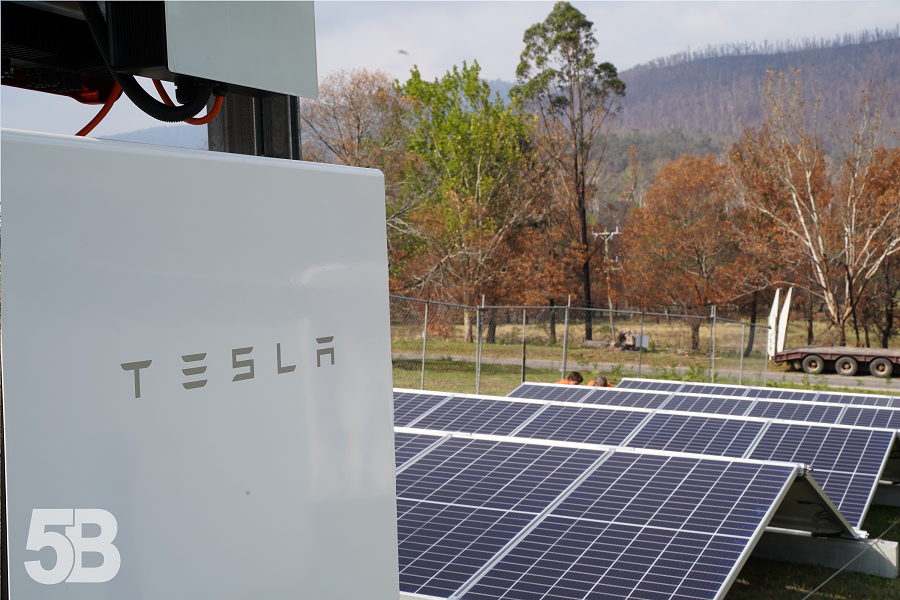 Rhett Evans, Chief Technology Officer at 5B, echoed Risen’s suitability to this project and added, “Risen has been a great partner on the bushfire relief project. They were able to respond rapidly and decisively with local stock and local support. Risen’s product range and build quality is a great match to our prefabricated array systems and they have a committed and growing presence in the Australian market.”

Risen’s Jaeger plus series were launched in the Australian market in 2019 and are the first range of panels featuring 9 bus bars, 158.75 mm wafers, half cut cells. Their 400W high efficiency panels offer high output which ensure the MAVERICK system is power intensive and can offer multiple end user solutions to communities affected by bushfire or floods.

The Jaeger plus series panels have had huge success both in utility and rooftop applications. Risen has also announced that they will be releasing two new panels in the market in 2020, their heterojunction (HJT) panels and 500 Wp+ PV modules made with large, 210 mm M12 wafers.

Back to NewsNext Article